The Magic Of The Maldives
DISCOVER

The Maldives, which means “garland of islands”, is a nation of nearly 1,200 coral islands strung across the Indian Ocean in clusters of natural, ring-like atolls. Straddling the Equator, the islands make up one per cent of the Maldives; the other ninety-nine per cent is clear blue sea teeming with an astonishing variety and richness of marine life that makes this an unrivalled destination for snorkelling and diving.

Only around 200 of the islands are inhabited, with more than a quarter of the population living in the capital city, Male. In stark contrast to the Maldives’ legendary white-sand beaches and blissfully peaceful island hideways, this once sparsely populated island is now a bustling metropolis of skyscrapers and modern amenities, fusing life in the fast lane with laid-back island rhythms.

A walking tour of Male upon arrival or departure from the Maldives gives you an opportunity to see how the locals live and take in some of the city’s most interesting sights: the magnificent golden-domed Grand Friday Mosque, the largest mosque in the Maldives; the National Museum, located in what was once part of the Sultan’s palace and housing a valuable collection of historical and cultural artefacts; and the famous Male Fish Market, brimming with wares fresh from the sea.

The Maldives is also a land of cultural diversity, evolving from the earliest settlers who hailed from different regions and plied the trade routes across the Indian Ocean. This diversity can be seen in the different looks of people from one atoll to the next as well as in Maldivian arts: in the music of the local bodu-beru drum resembling that of an African drum; in the dhoni, the distinctive Maldivian sailboat that shares similarities with the Arabian dows; and in the intricate artistry found in ancient mosques reflective of Southeast Asian architecture.

From mesmerising natural wonders to a fascinating tapestry of cultures, bathed in eternal sunshine, the Maldives is the ultimate tropical paradise. 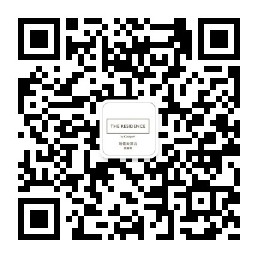